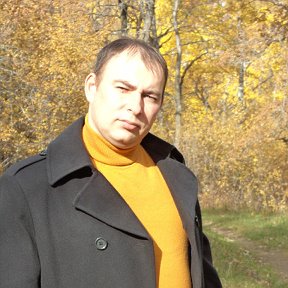 What do they tell you at school about money?

Nothing and it's not a mistake.

This is not an accident.

To make the poor and middle class work hard, you must never teach them what the rich know.

The rich tell their children things about money that the poor and middle class don't.If you have read the book by Robert Kiyosake About rich and poor dad Robert you know that the first lesson of rich dad-the Rich do not work for money, you Can not do this, if I pay you as your father you will think like a worker, your mind will not differ from the mind of the poor. If you learn never to work for money, you will become a rich man.

There is a very big difference in mentality here. What can we call financial education or financial literacy now? It's not getting a job, working hard, saving money and investing in a good and proven portfolio of stocks, bonds , mutual funds, but I'll tell you this is far from it. Financial education is provided by two things: debt and taxes.

We still tell children that they need to go to school to get an education and a good job, then work hard, save, save money and get rid of debt, and it is better not to get into them. Who is telling our children about this now? Probably we ourselves, but in the opinion of rich dad Robert Kiyosake, this is the most ridiculous thing.

Saving money won't make you rich. This is exactly how You know and understand it. And all this is conveyed to our children in school by teachers who also work for money, and what they can teach our children besides their attitude to money. Rich people can easily print a lot of money and inspire us with another nonsense that you do not need to save, then why do you work for them? After all, money can just be printed, and you are working for it at the same time.

The second point relating to the rich lower interest rates, and in Japan, for example, while there is a zero interest rate policy, and Japanese experts are considered the most frugal of people. Robert Kiyosake is a 4th-generation Japanese, but for some reason, his compatriots do not give any hope, due to the established political regime. You do not need to save money, they print many times more.

This is called fear, people are afraid despite their good culture, but what they were taught at school is what all the people of the planet do, they can be called conformists. They first do what they are told, then save money, and the government continues to print trillions of new crisp bills and buy ETF funds with them (you can Google what it is) and everyone does not know what to do and how to do it and is afraid to make a mistake. We are almost all good boys and girls who got the knowledge in school that after school you will get a job and without making mistakes. And this is clearly a mistake because mistakes make us stronger. What happens to a person after a financial crash?

He just doesn't know what to do and starts thinking about what to do. And now the middle class around the world is in a catastrophic situation, you can say they feel a sense of collapse every day, because after losing their jobs, they will not be able to live long enough without a salary, because they are used to receiving it monthly. The purchasing power of monetary currencies is decreasing day by day. Meanwhile, people continue to work hard without delving into the subtleties of this state of currency. And the Central banks of all States continue to print their currency.

Based on these facts, a middle - class person can only experience one feeling-a sense of fear, and this fear keeps people from acting rashly to stop working. This is the real truth of the life of the modern generation, but is there a way out of this situation, how to get rid of this fear?

I often talk to people at my events and people come to me, regardless of the risk they will need to take. But I always want to convince them that I live like this. You ask what risk I will answer: go and look in the mirror. For some people, flying a plane is a risk, but the greater the risk, the more it teaches you to live, and it's no secret. If you don't learn, you won't be able to practice. And if you do not do this, it will be difficult to achieve something in life.

We are told to buy shares of dollars so 40 thousand. but you need to understand that these are fake assets, they can only make rich those who organized these shares, not the shareholders.

Protect yourself from everything for a while and watch where the cash flows and follow them.

The reasons why the rich don't work for money in the first place are high taxes. Each employee pays 13% of their income to the state, while organizations and enterprises pay much less.

There are three types of income:.

Earned income comes to You if you get a job, provided that you work in any profession, be it a doctor or a programmer, because You work for this..

If you buy apples for 10 rubles and sell them for 20 rubles , this is a capital gain or active income.

But passive income, which is considered cash flow, is never taxed.

What's happening now? Everyone is shouting-tax the rich!!! And I can only wish good luck to these words, because most do not know these three types of income, and the rich continue not to work and do not pay taxes. They just have assets that generate passive income that is not taxable.

An ordinary person sending their child to school does not understand that they do not teach Finance at school.

So that's why it's a fake, so they say about the article in the newspaper where it says about Jared Kushner, where it says how trump and Kushner do not pay taxes and become rich, earning millions of dollars.

And even when we are told information about how rich people do not pay taxes, we do not understand this, because in school we were not taught three types of income.

Discussing the rich and saying that it's not true and it's all lies, but it happens again and again.

Amazon big and powerful does not pay taxes, although one Amazon share is worth about 1 thousand dollars. And what to say to people's question “It's not fair!”

And the answer is simple the coin always has three sides (heads, tails, edges)on which side of the coin are you? Here lies the whole difference. Everyone can do what I do. since the tax laws are the same for everyone.

Well you can agree with this that tax laws are for the rich, but the mistake is tax laws for everyone if You have the right financial education.

And without a financial education, you will have to pay taxes. Few people will buy what I do. Make your million dollars and pay zero tax. Hence the game monopoly is born.

How did it all start?

Everyone probably played once, four green houses, one red hotel or McDonald's. Few people know that McDonald's is a real estate company, and they sell hamburgers, but they buy real estate and don't pay taxes.

Amazon's fortune is 16 billion dollars, what do you think the tax paid from 16 BILLION. - zero.

And everyone can do it, but most people don't have the necessary financial education.

All millionaires learned about money when they were children, and they learn that their parents not only earn, but also save. But for an ordinary person, this is not clear.

To the exclamation " Look how much money I have earned!, the question should follow, how much did you save? Because it can be 50% or less than half.

What tax did we pay? And we always say how many are required by law, and paid so much, but most of the people on the lawful bases do not pay taxes.

Education is one thing, but of course you also need a plan if You agree to do a risky business.

But my opinion is that there is absolutely no risk, I mean the risk of having a job to pay taxes and save money, and money is printed more and more, and this is the worst.

There is fake money and it is bad teachers at school, as well as false assets on stock exchanges created for the wealth of their creators.

How do billionaire bankers live today?

Do they have to keep Track of your money?

No and no. You should keep track of your own money, because the biggest asset is inside of us, in our minds.

What does it mean? But if you really want to become rich, take a real estate lesson, this is the only way you will understand that real estate is based on debt, learn how to use debt as an investment opportunity. Only when you learn to use debt as money that can be raised and You will never be able to say to yourself that you will never be able to afford it looking at a brand new BMW.

Because the banks will give You this money.

Remember 2008, when the banks gave me 300 million dollars without paying taxes, and I used this money to buy real estate from people with weak minds and poor financial education. And the conclusion about dementia was made that this property was bought when the prices for it were prohibitively high.

Why people do this I don't understand.

Many of us today have a lot of loans, and pay for them for at least 5-10 years. But it was possible to spend these loans on something worthwhile.

For example, Robert Kiyosake on credit money made the first payment for a house in Hawaii in the amount of $ 2000 from his credit card, and then this house brought him $ 25 a month (this is taking into account all payments on loans and maintenance, this is of course a penny, but not everyone does it and not everyone has it now, having saved a little money with a profit in three or four years, gaining experience, he was able to buy another property without spending anything from his family budget.

The rich just play by other laws that ordinary people don't know about. The rules are the same for everyone, we do what the state wants and tells us to do.

Never say you can't afford it, but ask yourself how to do it.

The reason for having a lot of money in the rich, they never say that they can't do something, they ask themselves how it can be done. And then they go and do it.

I'm not saying they don't make mistakes, but mistakes teach them and develop their experience.

It is more a question of willpower, which is essentially spiritual. After all, if the rich can do it, then You can do it, too. 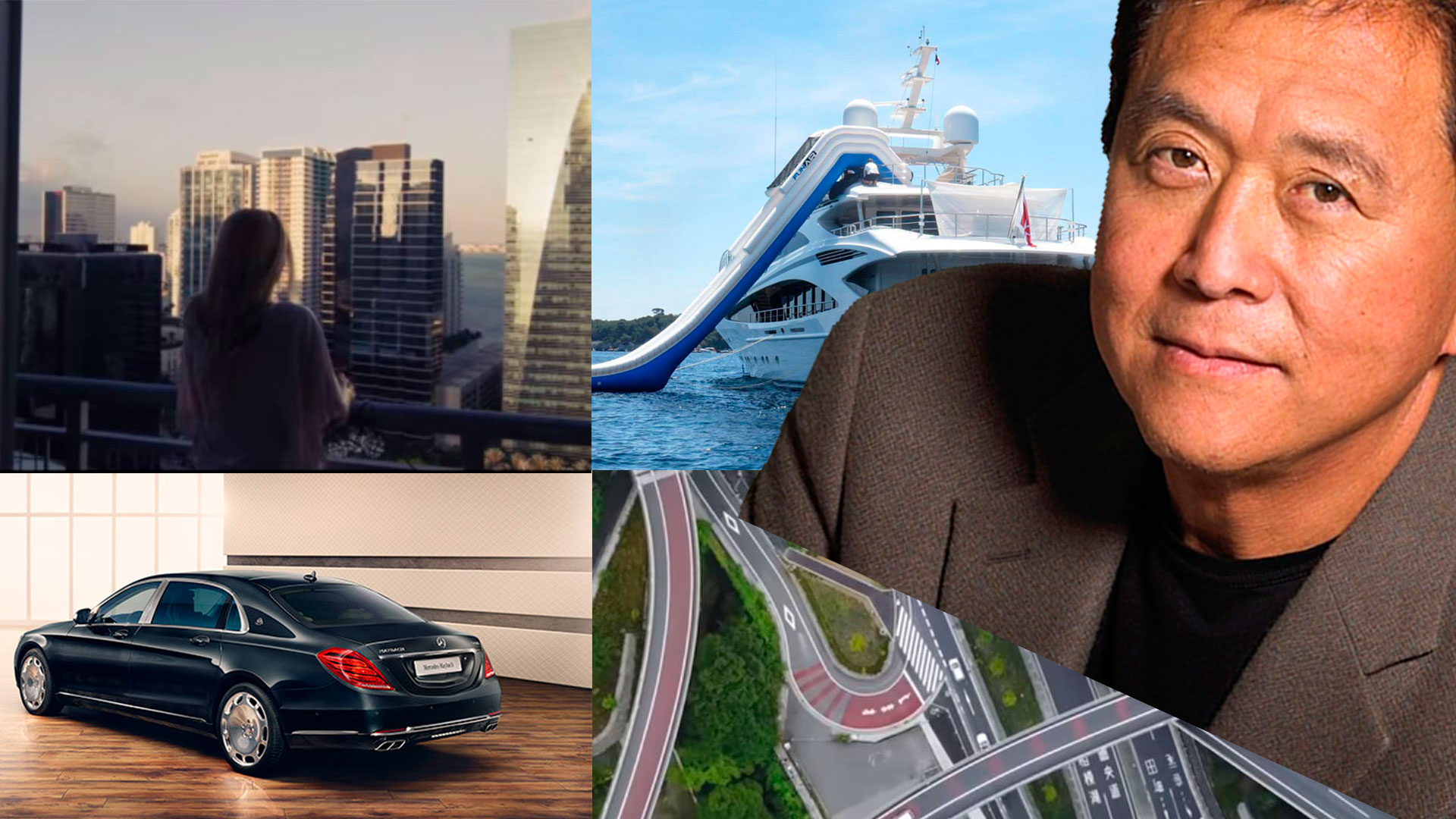